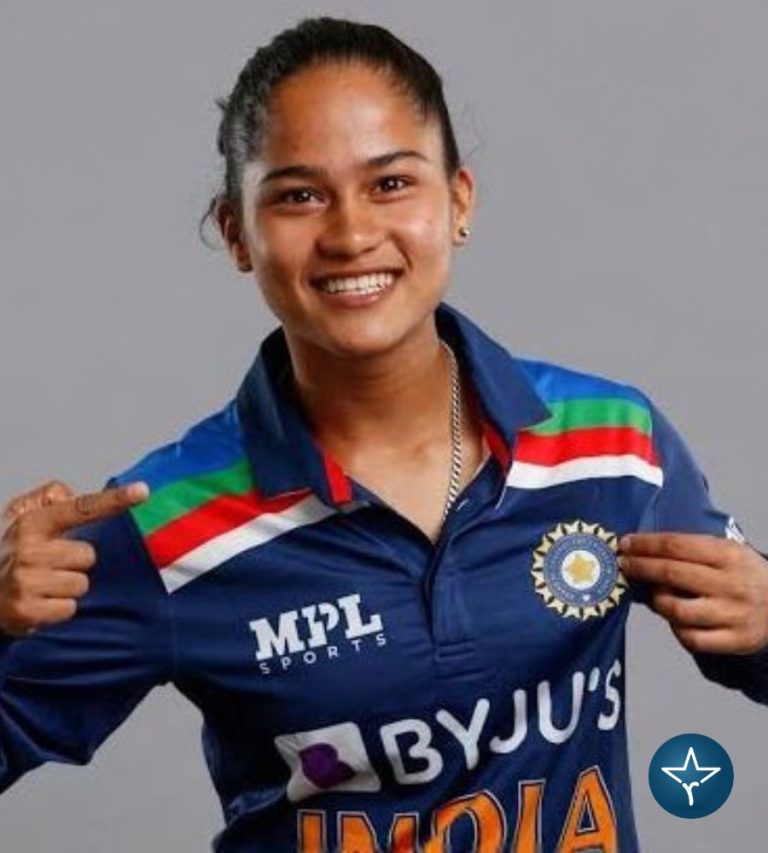 Simran Bahadur is an Indian cricketer who lives in New Delhi, India. She is all rounder who bowls Right arm Medium bowler and left hand batsman. In domestic matches, Simran plays for Delhi Women team. In 20 March 2021, she made her debut in Indian Women’s cricket team against South Africa in T-20 format. As well as in 2022, she also made her debut in One Day International on 14 February.

Simran was born on 13 December 1999 in New Delhi. In her childhood she also played a cricket with the boys of her neighborhood as a child. After that she joined in an academy at Punjabi Bagh and trained under Sharvan Kumar.

Simran first appeared in 2017 when she entered in Delhi U-19 team and got selected. In domestic matches she come limelight in 2018 when she appeared at Challengers Trophy. Later than in 2019, Simran played for the Indian Cricket team in Asian Cricket Council Women’s Emerging Team Cup and won the trophy. After a brief career in domestic matches, she received the maiden call from the Indian cricket team for Home series against South Africa in Limited over.

Simran after making her debut in T-20 she was named in three reserves played in 2022 Women Cricket’s World Cup in New Zealand. In that world cup she made her debut on 15 February 2022 against New Zealand.

Hi, Please comment below for update and correction about Simran Bahadur.