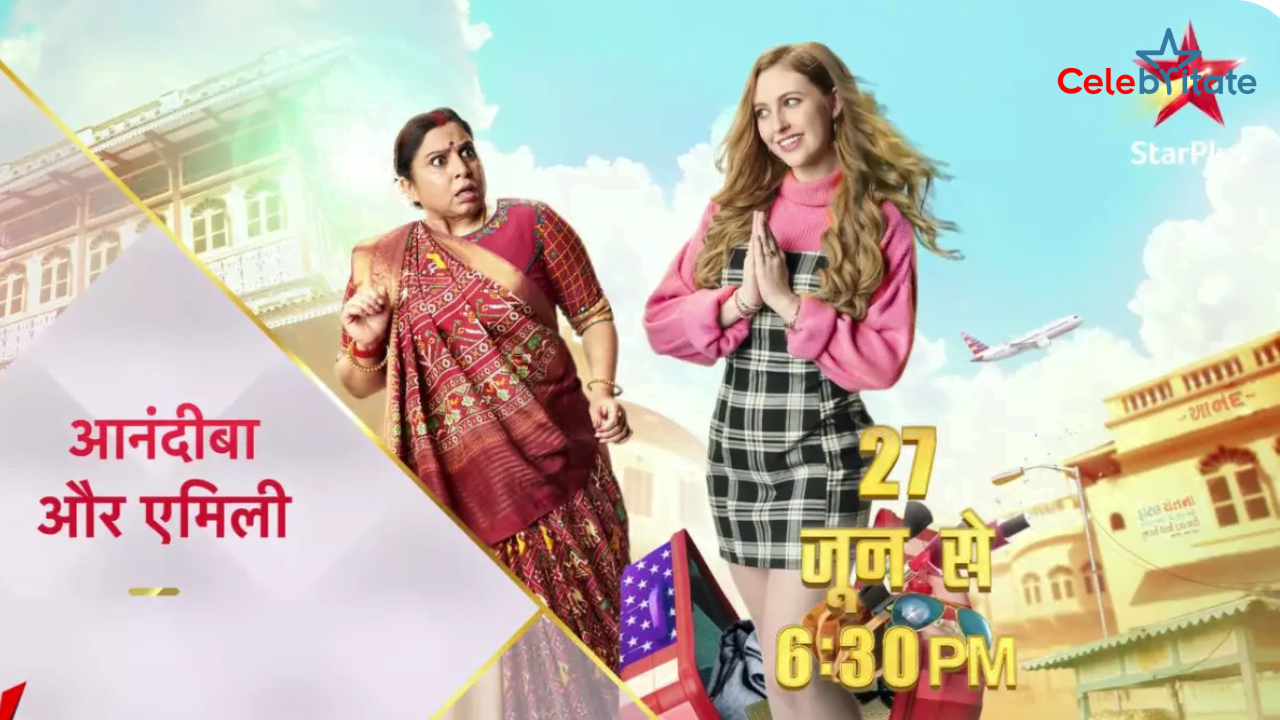 Anandiba Aur Emily is an upcoming Indian Hindi comedy-drama television series produced by Vipul D Shah, starring – Jazzy Ballerini, Mishkat Verma, Kanchan Gupta, Dhaval Baria, Dilip Darbar and Tushar Phulke.
This serial will be about Emily, a foreigner and gets married to a desi Indian family and how she wins everyone’s hearts and makes her place in the family. The story will revolve around the sweet and comedic story of Anandiba and Emily.
Anandiba Aur Emily will premiere on June 27, 2022 on Star Plus and can also be streamed in Disney+ Hotstar.

On what OTT platforms will Anandiba Aur Emily will be available?
Anandiba and Emily is available in Disney+ Hotstar.

If you want to know anything else about Anandiba Aur Emily. Please comment below we will try to provide information.