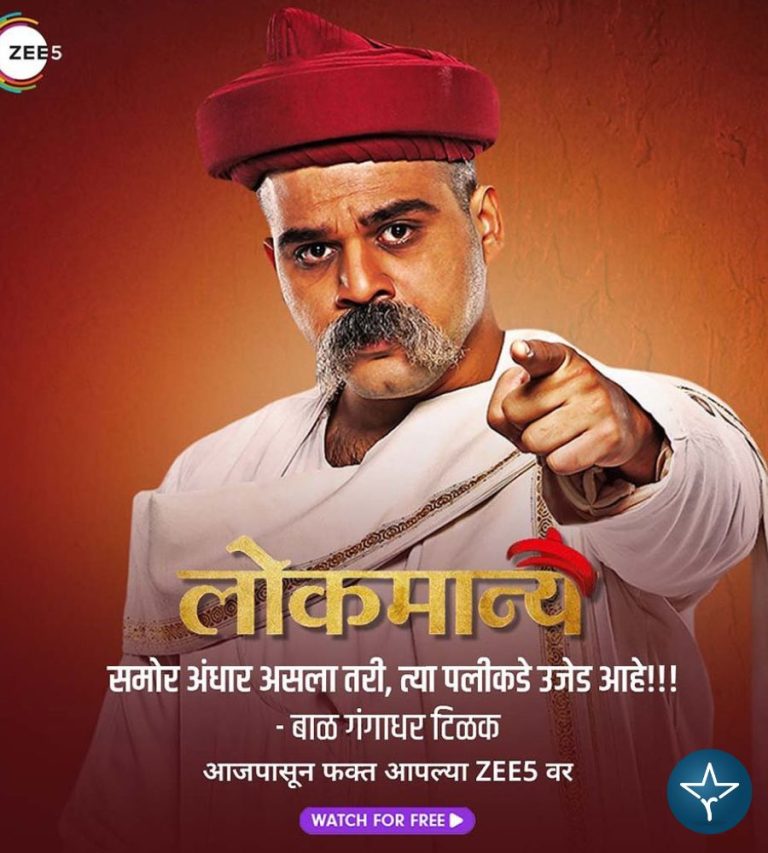 Lokmanya is an Indian Marathi historical drama television serial starring Kshitij Date and Spruha Joshi in lead roles. The serial is directed by Swapnil Shivaji Warke and produced by Nitin and Ninad Vaidya under the banners of Dashami Creations. This patriotic drama premiered on channel Zee Marathi at 09:30 PM from Wednesday to Saturday.

Lokmanya is based on the life of independence activist Lokmanya Bal Gangadhar Tilak. The show will chronicle Tilak’s political journey and important events in his personal life as well including the support he got from his wife. The audience will get to know the fiery patriotism of Lokmanya Tilak, who roared, “Swaraj is my birthright and I shall have it”.