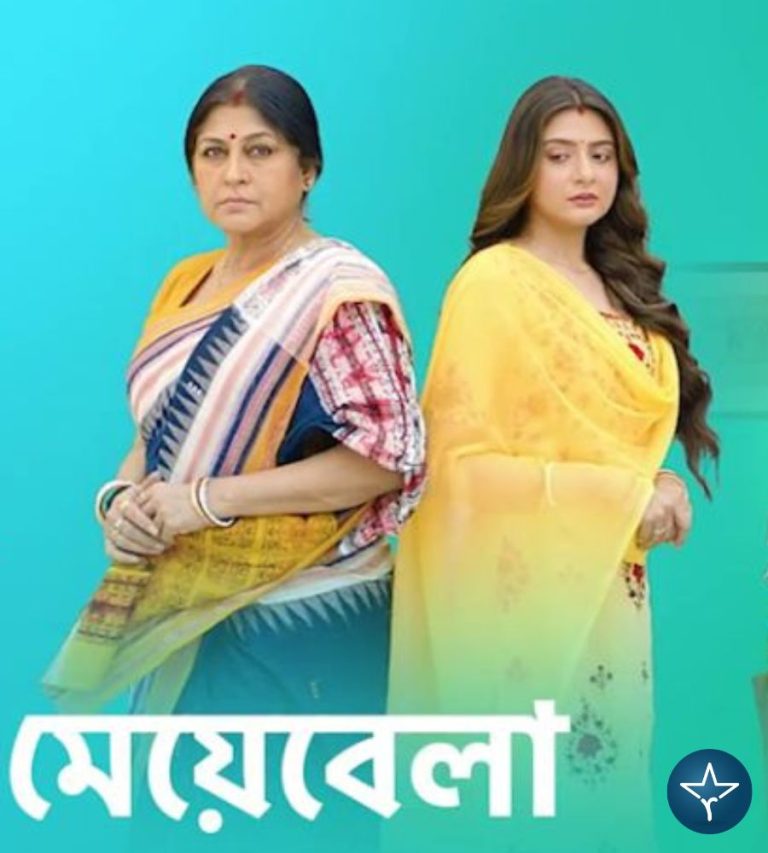 Meyebela is an Indian Bengali daily soap opera starring Rupa Ganguly, Swikriti Majumder and Arpan Ghoshal in pivotal roles. The serial is a female-centric family drama and is produced by the production house SVF.

Meyebela tells a tale of a woman, more than half of her life spent handling the family and taking on the responsibilities of husband, father-in-law, mother-in-law and children. The wanderlust Bithi could never step outside the house due to her family preoccupations, infuriated by which she always behaves grumpily with her family members. Her daughter-in-law makes it up for her by buying a ticket to Darjeeling.

Rupa Ganguly is an Indian actress, playback singer and politician. She is essaying the role of Bithika Mitra in this upcoming serial around whom the story will revolve.