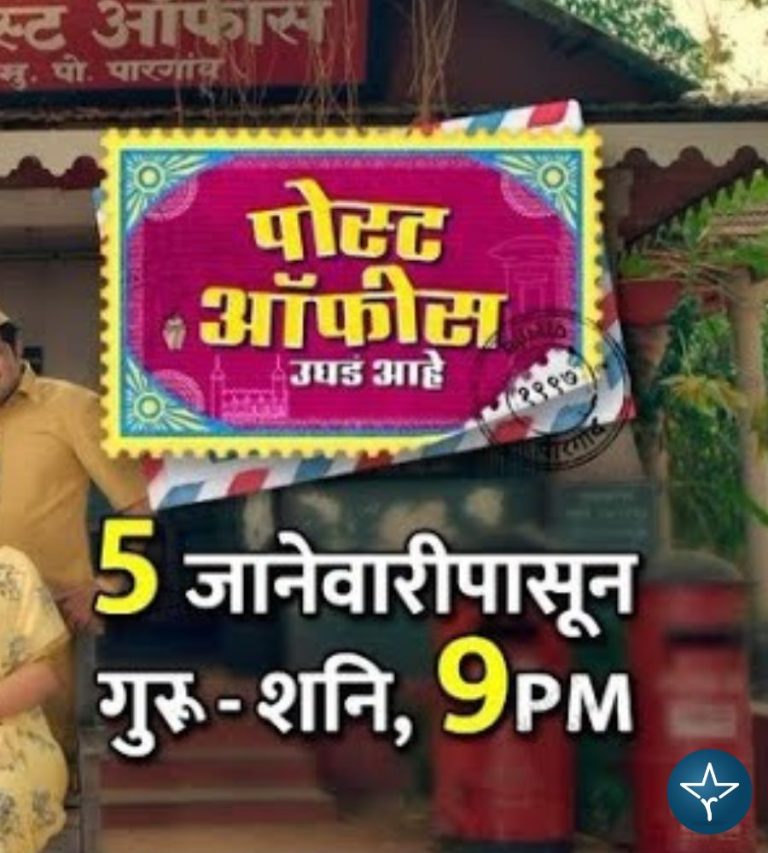 Post Office Ughada Aahe is an Indian Marathi comedy drama television serial directed by Sachin Goswami. The comedy drama will depict the post-office era of Mumbai and how people used to write letters to their loved ones. The serial is all set to launch from 05 January 2023 and will be entertainig the audience from Thursday to Saturday at 09:00 PM.

Post Office Ughad Aahe is a light-hearted daily soap which will entertain the viewers with its subject. The show is based on the post office era of Mumbai. It will be special for those who have already experienced the post office and hand-written letters era and it will intrigue those who have not witnessed it.