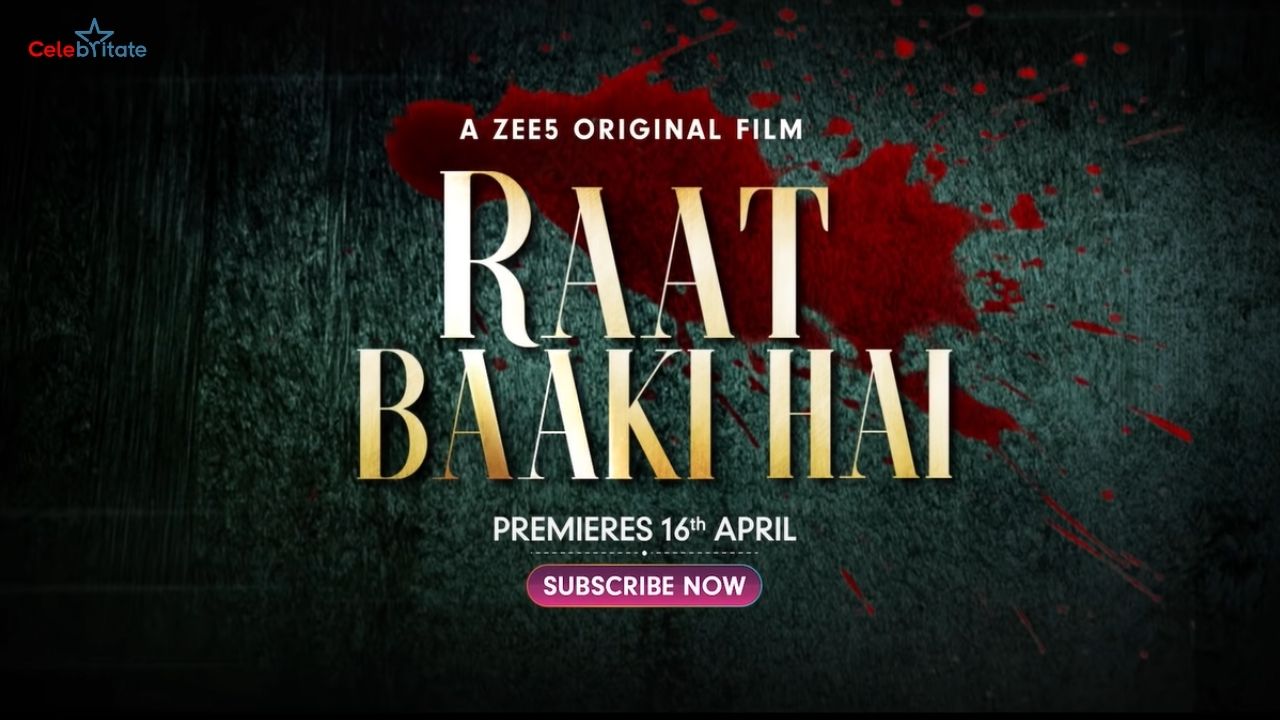 Raat Baaki Hai is an Indian film. The film will feature Anoop Soni, Paoli Dam and Rahuva Dev in the lead roles. The film is directed by Avinash Das. Avinash has previously made the film Anarkali of Aarah starring Swara Bhaskar. Its story is set in the backdrop of Rajasthan and is inspired by Atul Satya Kaushik’s play Baliganj 1990.

The story of the film is based on a murder mystery, which starts with Rajesh Ahlawat. Rajesh is investigating the murder of Vani Kapoor (played by Deepanita Sharma). The needle of suspicion of Ahlawat turns to Karthik Sharma (played by Anoop Soni), who is Vani’s fiancé. Karthik is trying to escape and in this sequence, he meets his ex-girlfriend Vasuki (Pauli Daam).

Raat Baaki Hai will be released on 16 April 2021 on the Zee5 platform. The film was earlier scheduled to be released on November 20 last year, but could not be released due to some reasons.