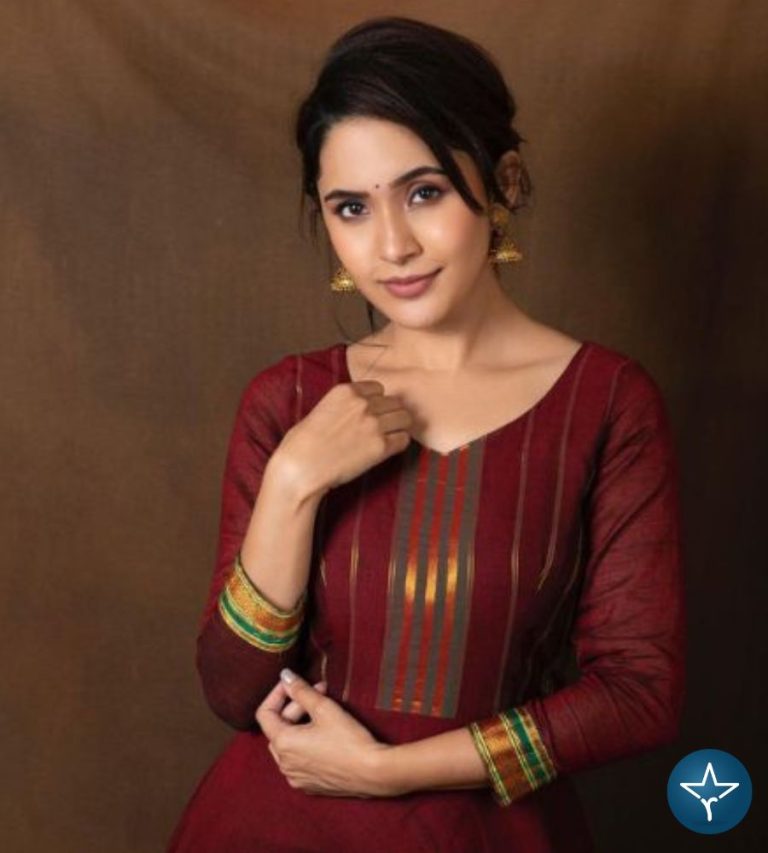 Anushka Sarkate was born on 7 November 1994 to Mr. Sanjay and Mrs. Varsha Sarkate in Aurangabad, Maharashtra. She was raised in a family of artists and had a passion for acting from a very young age. Anushka received her education from Kids Kingdom English High School and then went to Government College of Engineering to pursue Bachelors in technology.

Anushka Sarkate begin her acting career with Marathi TV serial Me Tujhich Re in the year 2019. She then went on to appear in a number of television shows and films, gaining recognition and popularity within the entertainment industry. Anushka garnered a lot of popularity for appearing in lead role in spiritual TV show Shree Laxmi Narayan.

Later, Anushka was casted as Priyanka Ankushrao Patil in political-romantic serial Karbhari Laybhari. The show aired on Zee Marathi and became a huge success, making Anushka a household name in India. She received widespread acclaim for her portrayal of the character.

Hi, Please comment below for update and correction about Anushka Sarkate.