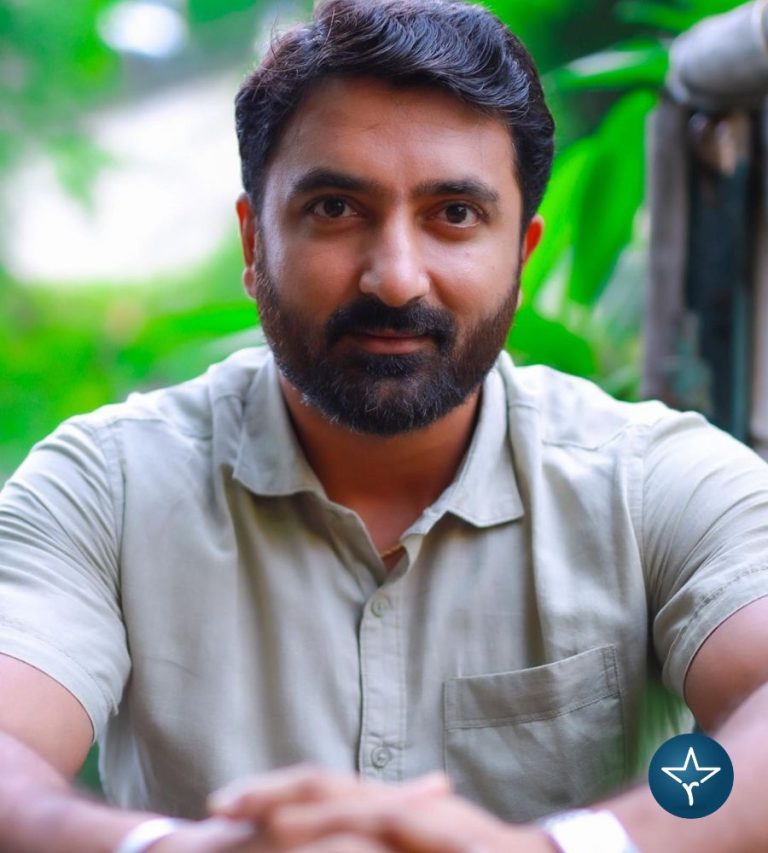 Krishna Ragunandhan is an Indian film and television actor. He is well-known for acting in Tamil TV serial Deivamagal as Prakash, aired on Sun TV. Krishna has also worked in some movies like Pathu Pathu, Balam, Eeram, Azhagiya Asura, Idhaya Thirudan etc. He is currently working in TV serial Thalattu as Vijayakrishnan opposite Sruthi Raj. Krishna is the recipient of several awards honored for his mesmerized acting.

Krishna was born on 1 August 1981 in Chennai. He grew up in New Delhi and completed his schooling from Kendriya Vidyalaya. Later, he went to Birla Institute of Technology, Noida. Krishna has also done a course in acting from Asian Academy of Film & Television at Noida.

After completing his studies in New Delhi, he flew to Chennai and begin acting. In 2003, Krishna started his career while appearing in Tamil TV serial Sahana as Sanjay. Later, he got a lead role in Chidambara Rahasiyam TV serial where Krishna played role of Someshwaran. This serial aired on Sun TV and its story revolves around a young journalist Somu who is working for Neithal Magazine in Chennai.

Krishna made his debut in Tamil Film Industry with a romantic comedy film Azhagiya Asura where he appeared as Sanjay in the year of 2006. Krishna has also worked in mystery film Anadhapurathu Veedu where he played a negative role of Jeeva.

Krishna was then appeared in television serial Sivasankari as Rudhran which was broadcasted on Sun TV. This serial was based on religion, where there is war between who believe in god and those who don’t care about that concept itself.

Krishna got popularity for his acting in period drama serial Deivamagal as Prakash opposite Vani Bhojan which was produced by Srinivasan.

Krishna grabbed headlines for working in Tamil TV serial Thalattu as VijayKrishnan, produced by Shankar Venkataramanv. The serial revolves around Vijay who’s mother abandoned him for unknown reasons when he was a child. Even though Vijay is now a father himself, he yearns for her love.

Krishna has also won several awards for his acting like Best Actor for Someshwaran in Chidambara Rahasiyam serial, later on in 2018 he again won the Best Actor award for his role Prakash in Deivamagal serial.

Krishna married his long time girlfriend Chaya Singh in June 2012. Chaya is also an actress who has predominantly worked in Tamil and Kannada industry.

Hi, Please comment below for update and correction about Krishna Raghunandhan.