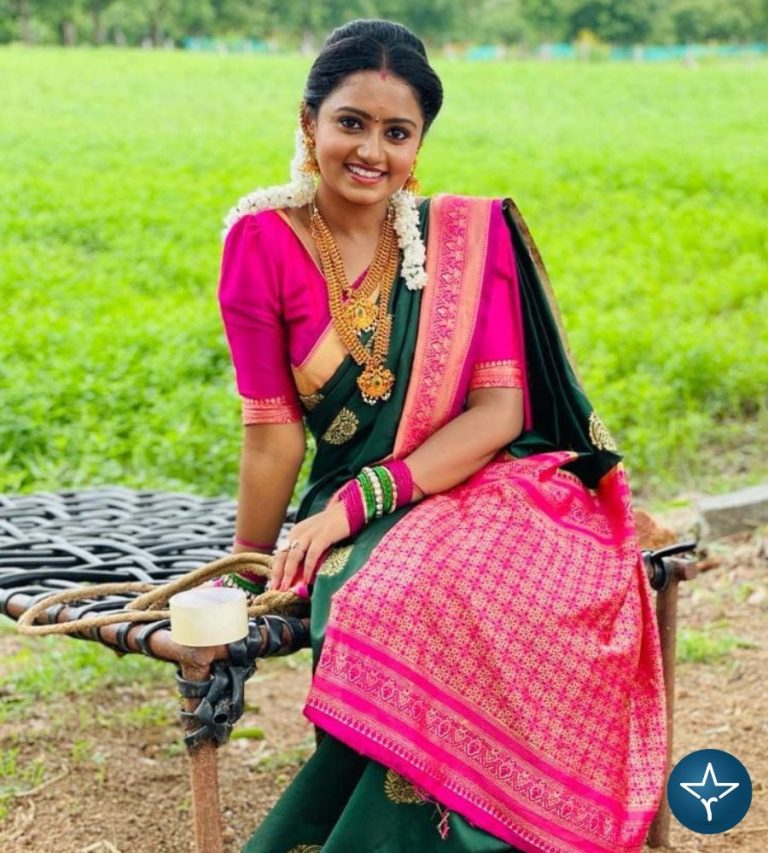 Likitha Murthy is an Indian actress who has primarily worked in Telugu television serials. She rose to prominence with her acting in TV serial Bangaru Panjaram as Mahalakshmi. Likitha is currently working in Zee Telugu’s daily soap opera Rajeshwari Vilas Coffee Club along with Akarsh Byramudi.

Likitha Murthy was born on 5 January in Hyderabad, Telangana. Since childhood, she was very much fascinated with the lives of actresses and wanted to become one. After her graduation from BMS College, Likitha started giving auditions and participated in several theatre plays as well.

Likitha Murthy started her career as a model and participated in various beauty contests. After a brief modelling career, Likitha entered the entertainment industry with television serial Bangaru Panjaram as Mahalakshmi. The story revolves around Mahalakshmi, a young girl with many aspirations, is forced to marry Raja Babu, an older widower with children.

After that, she appeared in yet another popular TV serial Rakhi Poornima as Poornima.

Hi, Please comment below for update and correction about Likitha Murthy.