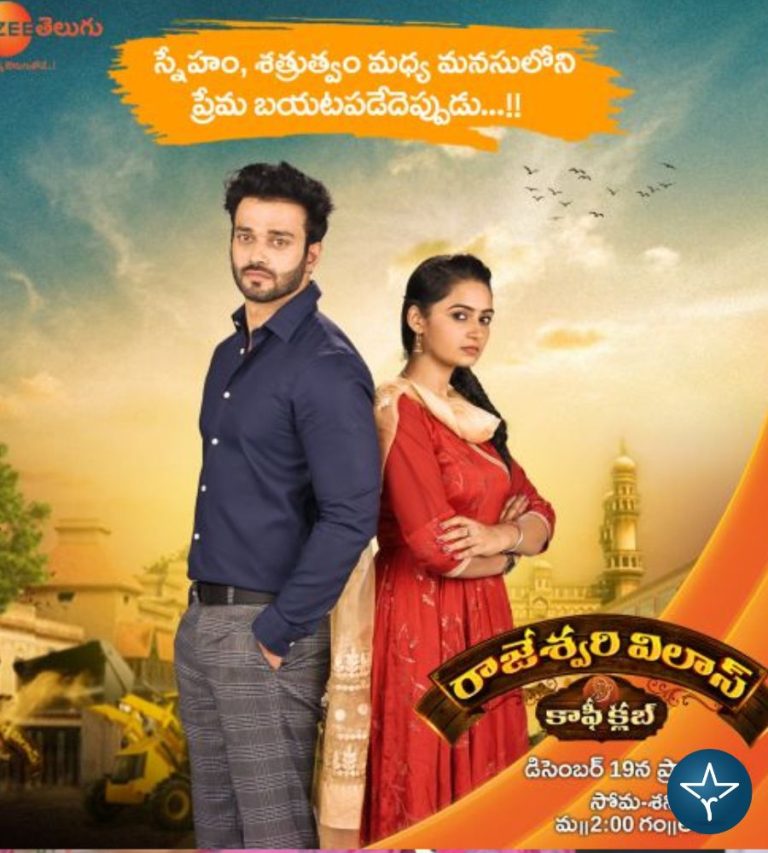 Rajeshwari Vilas Coffee Club is an Indian Telugu daily drama serial. It features an ensemble cast of Likitha Murthy and Akarsh Byramudi in lead roles. The serial was premiered on Zee Telugu channel on 19 December 2022 and is entertaining the audience in the afternoon time slot at 02:00 PM.

Rajeshwari Vilas Coffee Club tells a love story of Rajeshwari, a simple-grounded girl who owns a cafe and Rudra, renowned businessman. How their love grows despite of many hardships and challenges forms the crux of the story.