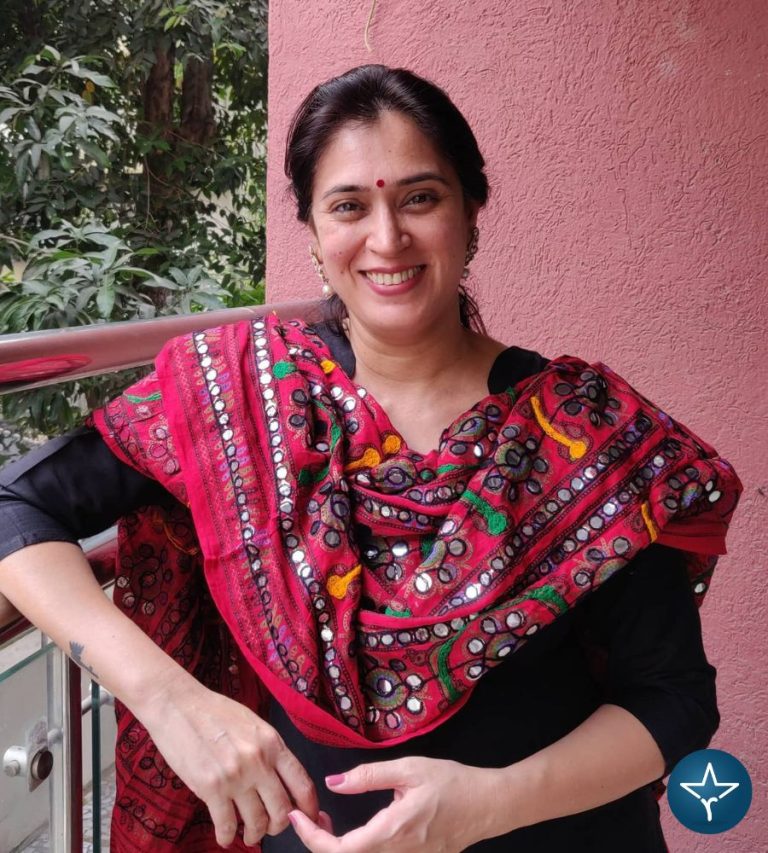 Mugdha Godbole is an Indian Marathi actress and writer. She has acted in various Marathi television serials like Hum Bane Tum Bane as Kadambari, Thipkyanchi Rangoli as Dr. Anjali Kaushik Vartak and Ajunahi Barsaat Ahe as Avantika. As a writer, she has written the dialogues of Mazhe Pati Saubhagyavati and Ajunahi Barsaat Ahe.

Mugdha Godbole was born in the year 1973 in Maharashtra, India. She has a daughter Rucha Ranade.

Mugdha is a familiar face of Indian Marathi television industry. Initially, she worked as an actor but later, she tried her hand in writing as well. She made her debut with TV serial Abhalmaya, a Marathi serial starring Sukanya Kulkarni and Manoj Joshi. The story revolves around professor Sudha Joshi whose family includes her husband Sharad who is also a professor and they have two daughters Akanksha and Anushka.

She received huge appreciation for her role Kadambari in Hum Bane Tum Bane starring Pradeep Welankar and Sanket Korlekar. The story is a positive take on staying together, which highlights that it is not that difficult to stay together.

Mugdha was a part of Ajunahi Barsaat Ahe as Avantika. The story revolves around two unmarried doctors, Dr. Meera Desai and Dr. Aadiraj Pathak who were deeply in love with each other.

She has also appeared in Thipkyanchi Rangoli as Dr. Anjali Kaushik Vartak alongside Gurudatta Divekar. The show exhibits the love story between Apoorva and Shashank, apart from a beautiful love story, it also narrates the tale of a joint family, its roots and beliefs.

Besides an actress, she is also a writer. She has written the dialogues of Mazhe Pati Saubhagyavati in 2015 and Ajunahi Barsaat Ahe in 2021.

Hi, Please comment below for update and correction about Mugdha Godbole.