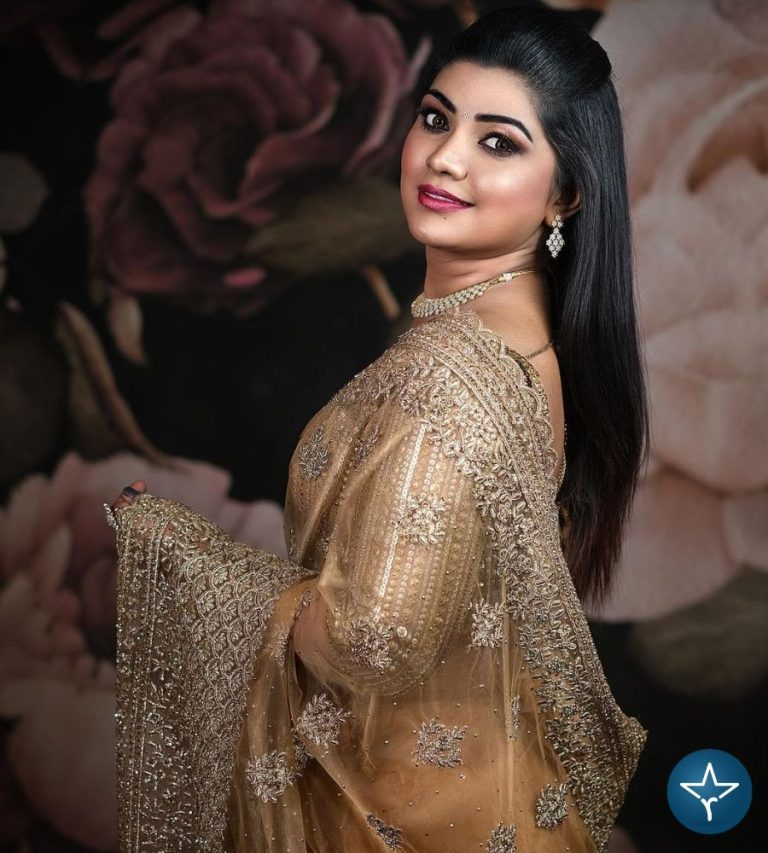 Shamili Sukumar is an Indian actress who has predominantly worked in Tamil television serials. She is best known for portraying the role of Priya in daily soap opera Roja. She was then casted in several other television serials as well like Thendral, Romapuri Pandian, Pasamalar and Uthiripookkal.

Shamili Sukumar was born on 10 May 1991 in Chennai, Tamil Nadu. Since her childhood she was very much fascinated with the lives of actresses and always wanted to become one. After pursuing her graduation from Madras University, she devoted all her time and efforts in making her acting career.

Shamili started her acting career from the age of 20, she first appeared in Tamil soap opera Thendral. This serial revolves around the main character Thulasi whose mother left her when she was a child and for the sake of money, ever since, her family has shunned her, especially her father and stepmother. She then appeared in several television serials like Uthiripookkal as Megha, Vani Rani as Teju, Pasamalar as Mallika and Ponnunjal as Revathi.

She has also worked as Princess Kalaivani in Romapuri Pandian, a historical novel that talks about the king Peruvazhuthi Pandian who tries to establish a relationship with the Roman Empire.

She got popularity for acting in Tamil daily soap opera Roja starring Priyanka Nalkari and Sibbu Suryan in pivotal roles. Shamili appeared as Priya, a fellow inmate of Roja in Anbalayam who hates her since childhood.

Hi, Please comment below for update and correction about Shamili Sukumar.