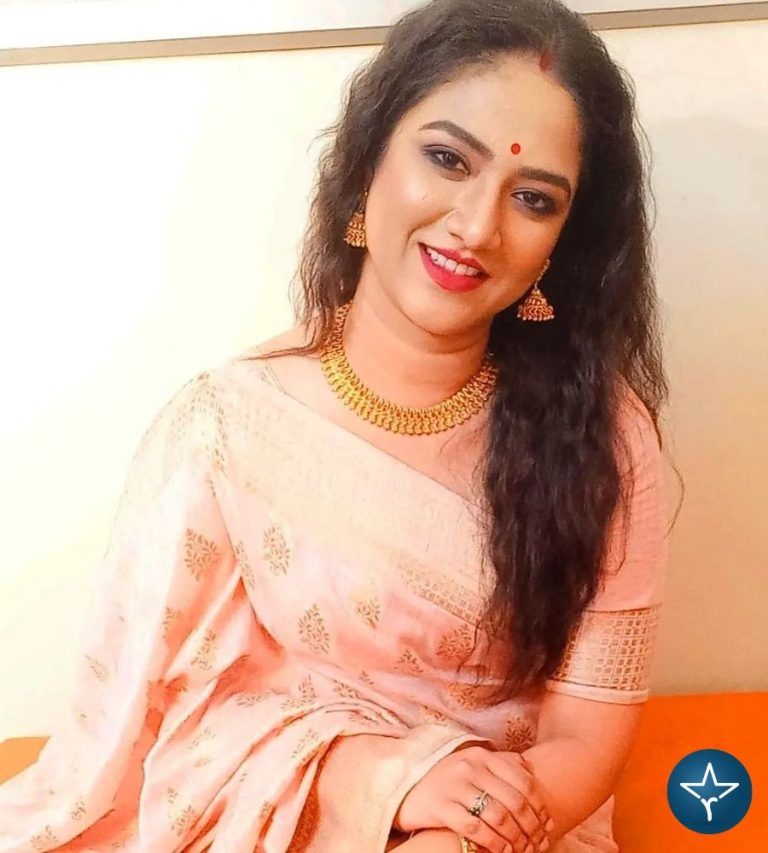 Chandni Saha is an Indian Bengali television actress. She received huge appreciation for her role in Kache Aye Shoi as Shoi. She then appeared in Bene Bou as Shapla and in mythological show Manasa as Ma Manasa. Chandni become a popular name with her role in Jamuna Dhaki as Geet Sen produced by Snehashish Chakrabarty in the year 2020.

Chandni Saha was born on 18 May in Kolkata, West Bengal. Since childhood, she was very much inclined towards pursuing acting as a career. She worked hard and got immense popularity with her first role in Kache Aye Shoi as Shoi.

Chandni was first appeared in Kache Aye Shoi in lead role as Shoi in the year 2013. This serial depicts the story of Shoi who is a happy-go-lucky orphan girl faces many obstacles in her search for a happy family. But Ujan’s entry in her life changes it completely.

She became a household name with the family drama Bene Bou as Shapla opposite Raja Ghosh aired on Colors Bangla in 2016. This show was also dubbed in Odia and telecasted as Marichika in Colors Odia.

Chandni was also appeared in Manasa, a mythological serial where she played an important role of Ma Manasa launched in 2018.

She then played the character of Dr. Nilima Debroy in Ekhane Aakash Neel, a Bengali medical romantic drama series which aired on Star Jalsha. It was the remake of Star Plus show Sanjivani. The serial was set in a nursing home, and is themed on the love between Dr. Ujaan Chatterjee and Hiya.

Chandni was also appeared in Jamuna Dhaki as Geet Sen along with Shweta Bhattacharya and Ananya Biswas. This serial depicts the story of Jamuna who is forced to take up her father’s position as a drum player and when she gets married into an aristocratic family, she struggles to maintain a balance in her personal and professional life.

She was casted in Madhabilata as Malati, sister of Madhabi. This show features Sushmit Mukherjee and Shrabani Bhunia.

Hi, Please comment below for update and correction about Chandni Saha.