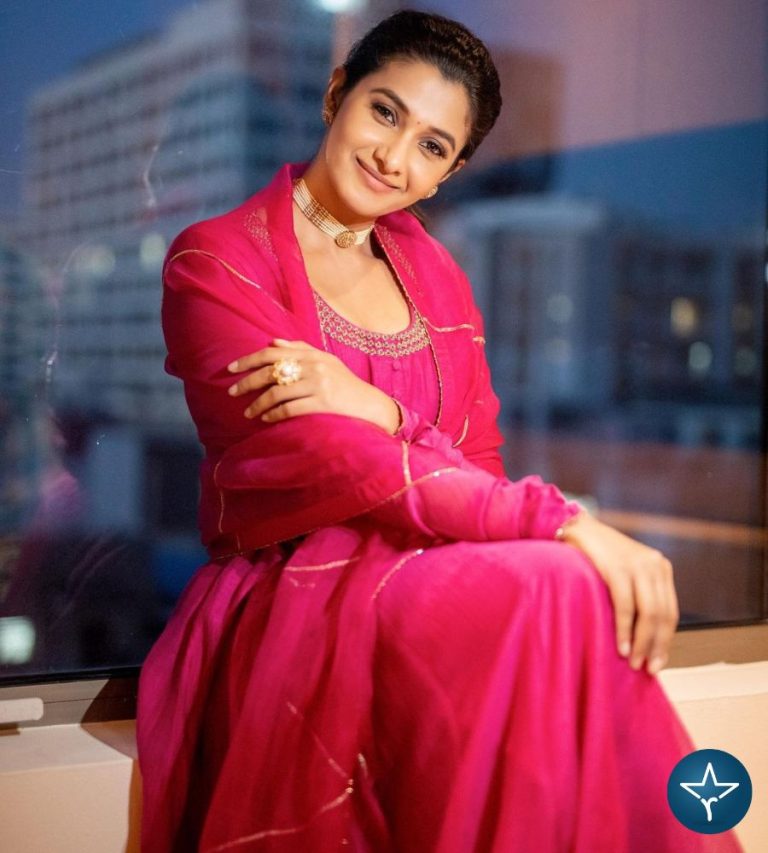 She did engineering from B.S. Abdur Rahman Crescent Institute Of Science and Technology. Priya completed her MBA while working in film industry.

Priya Bhavani started her career as a TV anchor in a Tamil news channel. Meanwhile she also worked as a supporting artist in many TV serials. She started acting journey as a lead actor through with Kalyanam Mudhal Kadhal Varai opposite to Amit Bhargav in 2014. Priya made her film debut with Meyaadha Maan, and got an award for best actress debutant. Priya did many movies such as Monster, Yanaai, Blood Money, Hostel, Kasada Thapada, Kalathil Santhippom, Mafia Chapter 1 etc. She also worked in a web series Time Enna Boss for Amazon Prime.

Priya Bhavani Shankar is currently in relationship with Rajvel Raj.

Hi, Please comment below for update and correction about Priya Bhavani Shankar.