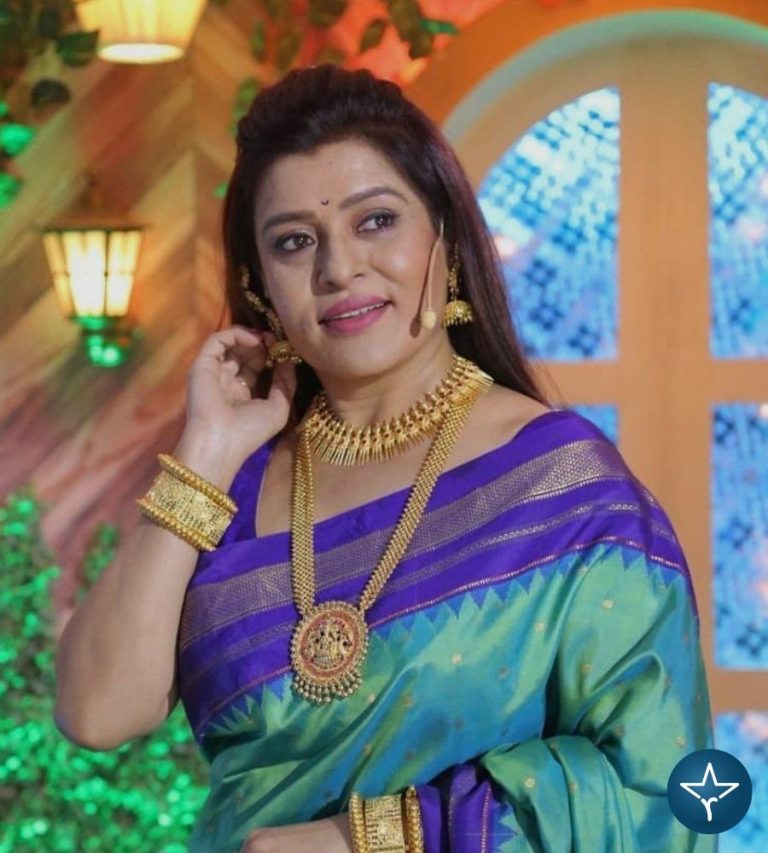 Sheetal Kshirsagar is an Indian Marathi actress. She is well known for her acting in the TV serial Mazhi Tuzhi Reshimgaath as Simi Choudhari starring Shreyas Talpade and Prarthana Behere. She was first appeared in Marathi movie Ek Hoti Vaadi starring CID fame Shivaji Satam. She has worked in several theatre shows like Tinhisanjh and Queen Maker.

Sheetal was born on 21 April in Mumbai, Maharashtra. She pursued Masters in Commerce from DG Ruparel College, Mumbai. Since childhood, she was very much inclined towards acting and she got her first break with the Marathi movie Ek Hoti Vaadi in the year 2001.

Sheetal was very appreciated for her role Radha in the the movie Yehi Hai Zindagi in 2005. The story revolves around a middle class girl Vasundhara who is a classical dancer with a great sense of patriotism and a strong set of values and two dons Pintya and Vijay.

She received immense appraisal for her acting in popular Marathi TV serial Mazhi Tuzhi Reshimgaath as Simi Choudhari starring Shreyas Talpade, Prarthana Behere in lead roles alongside Pradeep Welankar and Ajit Kelkar in supporting roles. The show is about the love story of Yash, a rich and esteemed business tycoon who yearns for real love and a simple middle class girl Neha.

She then appeared in Marathi women centric serial Aai Kuthe Kay Karte displays the story of a housewife Arundhati who starts her second innings when she feels her family takes her for granted. The show is based on the Bengali series Sreemoyee broadcasted on Star Jalsha. She was also a part of serial Ka Re Durava as Shobha Khanolkar.

Besides acting in television serial, she was also appeared in various theatre shows like Tinhisanjh and Queen Maker. She feels theatres are the heart and soul of acting and an actor must keep this culture alive.

Hi, Please comment below for update and correction about Sheetal Kshirsagar.