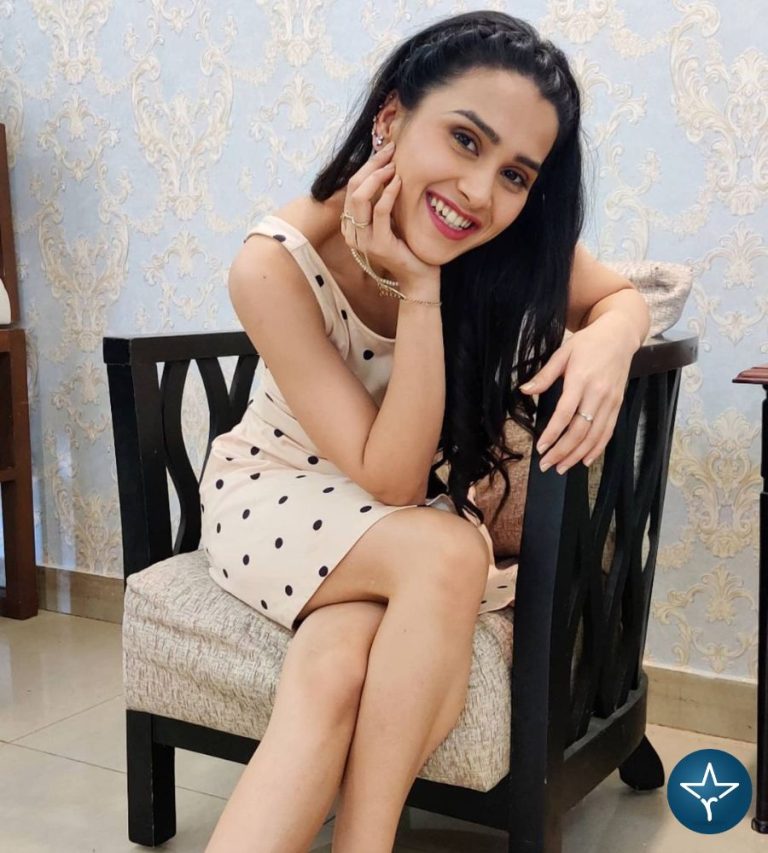 Anushka Kaushik is an Indian actress known for her popular role Vidhi Gupta in Crash Course. She has also appeared in Sony Liv’s web series Ghar Waapsi, YouTube’s Khayali Pulao and Netflix’s Thar. She has worked with various YouTube channels as well like RVCJ Media and Girliyapa.

Anushka was born on 21 July 1999 in Saharanpur, Uttar Pradesh to Rajiv Sharma and Kusum Sharma. She has completed her schooling from Sophia Girls School and cleared her 12th Boards with 94%. She then went to Shaheed Bhagat Singh College, Delhi University for further studies which is famous for theatres. She explored her acting talent during her college time. Anushka has an elder brother Sarthak Kaushik.

Anushka started her acting career with theatre and YouTube videos. She then appeared in the movie SP Chouhan: A Struggling Man starring Jimmy Shergill and Yuvika Choudhary in the year 2018.

She was also a part of famous youtuber Prajakta Koli starrer Khayali Pulao where the main lead Asha Dhanda is studying in a government school and soon she nurture a dream to make it to the school handball team.

She was also a part of Netflix’s film Thar featuring Anil Kapoor and Harshvardhan Kapoor, Dice Media’s web series Bravehearts as Vibha Sahay with Shakti Kapoor streamed on YouTube. She was a part of TV series Ghar Waapsi in the year 2022 as Suruchi Dwivedi. A story of a young working man whose life changes as he moves back to his hometown and finds a way to self-discovery.

She has appeared in Amazon Prime’s web series Crash Course as Vidhi Gupta along with Annu Kapoor, Hetal Gada, Riddhi Kumar, Hridhu Haroon and Udit Arora where aspiring students get affected when two coaching institutes were locked in a power struggle.

Hi, Please comment below for update and correction about Anushka Kaushik .