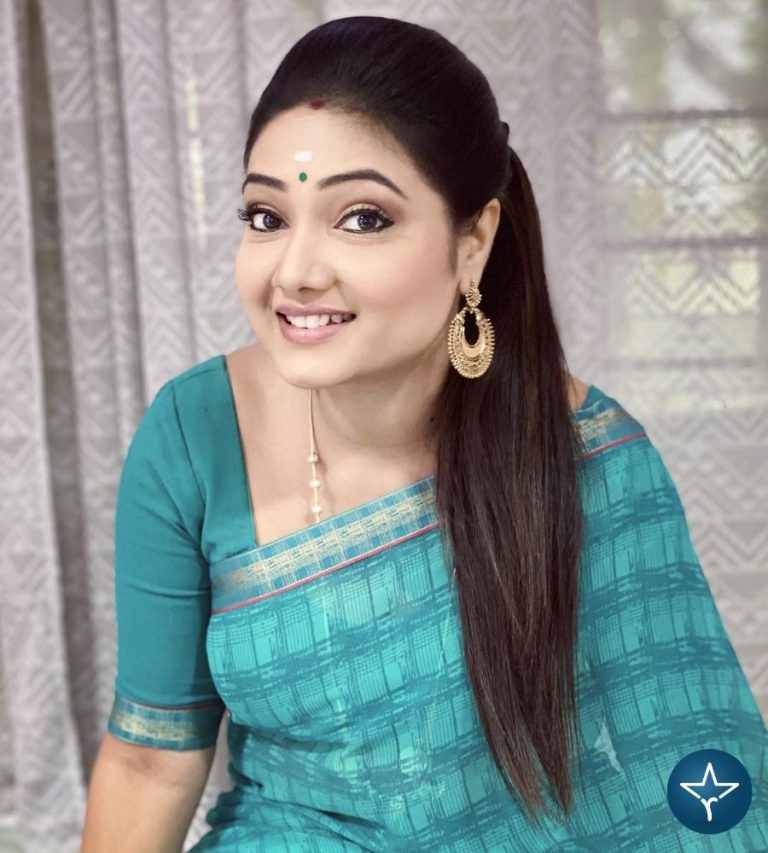 Priyanka Nalkari is an Indian actress and anchor who has predominantly worked in Tamil and Telugu television and film industry. She is well-known for appearing in longest running Tamil soap opera Roja in titular role along with Sibbu Suryan, VJ Akshayaa and Shamili Sukumar.

Priyanka Nalkari started her career with the Telugu film Andari Bandhuvaya as Priyanka, Paddu’s younger sister. The movie is a sincere attempt to highlight the importance of human values in today’s society. She then worked in several Tamil and Telugu films such as Theeya Velai Seiyyanum Kumaru, Kick 2, Hyper and Kanchana 3.

Besides working in film industry, Priyanka tried her hand in television serials as well. She then appeared and got immense popularity for acting in longest running Tamil soap opera Roja. The daily drama is about the girl Roja and the bond she shares with her lovable husband. The serial not only grabbed everyone’s attention but made Priyanka a household name too.

Hi, Please comment below for update and correction about Priyanka Nalkari.