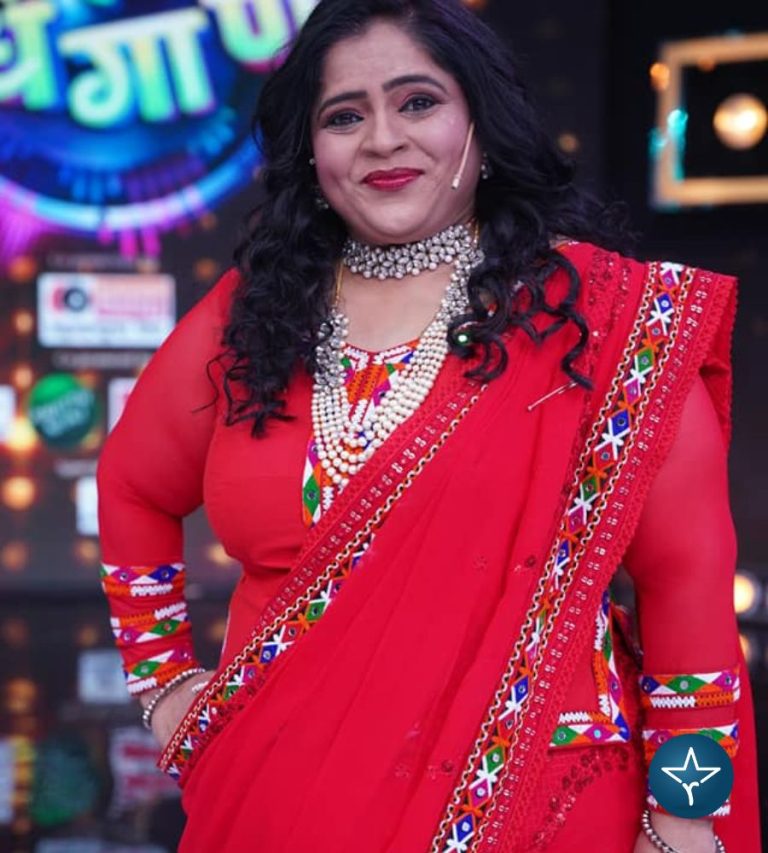 Vishakha Subhedar is an Indian actress who has predominately worked in Marathi television and film Industry. She is popularly known for appearing in popular movie Bhagam Bhag in the year 2008. Moreover, Vishakha has also worked in several films like Ek Daav Bhatacha, Harishchandrachi Factory, Mast Challay Aamcha, Fakta Ladh Mhana, 4 Idiots, 1234, 66 Sadashiv, Ye Re Ye Re Paisa 2 and many more. Not only in films, she has also worked in several television serials like Ka Re Durava, Shejari Shejari Pakke Shejari, Comedy Circus Ka Naya Daur, Aathshe Khidkya Naushe Daara etc.

Vishakha Subhedar was born on 22 March 1976 in Thane, Maharashtra. She has completed her schooling from New English High School. She then got married and shifted to Ambarnath. Later she came to Mumbai to make her career in acting. Initially she used to work as a dance teacher, saleswomen of dress materials, content writer before stepping into the industry.

Vishakha being her acting career with Marathi film Premat Sarech Kahi Maaf in the year 2007. After that she played a role in the Marathi comedy drama film Bhagan Bhaag where she played a role of Madam. She then subsequently casted in several films like Harishchandrachi Factory, Mast Challay Aamcha, Fakta Ladh Mhana etc. Later in 2011, Vishakha made her debut in television show Comedy Circus Ka Naya Daur where she appeared with Kapil Sharma and Bharti Singh. She has also worked in several TV serials like Shejari Shejari Pakke Shejari, Ka Re Durava, Madhu Ithe an Chandra Tithe and many more.

In 2022, she grabbed headlines for appearing in daily soap opera Shubh Vivah. In the series she was casted with Madhura Deshpande and Yashoman Apte.

Hi, Please comment below for update and correction about Vishakha Subhedar.