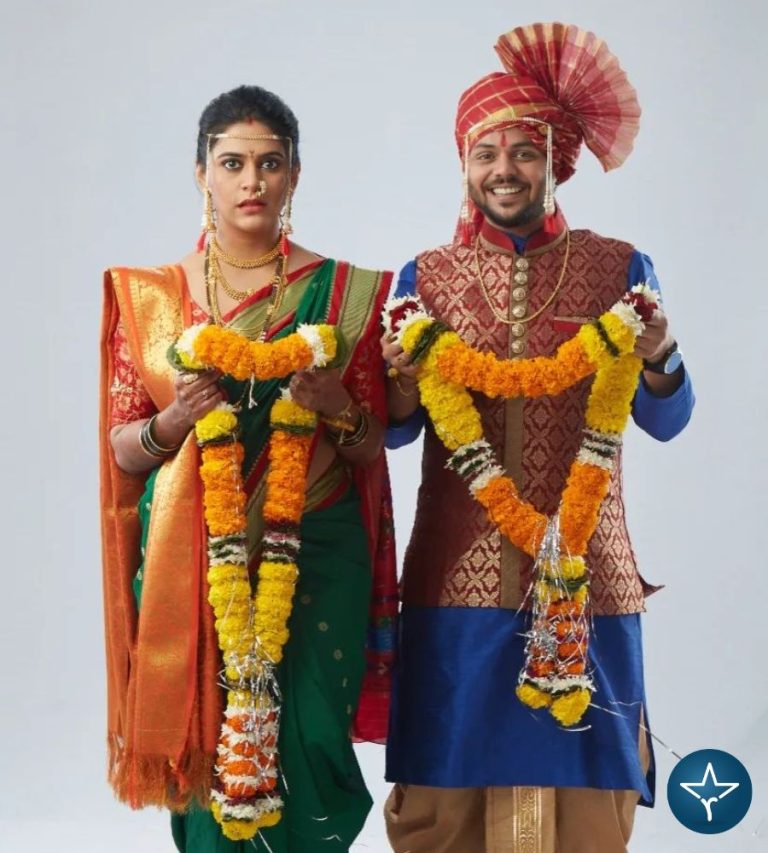 Shubh Vivah is an Indian daily soap opera starring Yashoman Apte, Madhura Deshpande and Kunjika Kalwint in lead roles. The show is going to launch on January 16 at 2 PM and will be seen entertaining the audience, especially in the afternoon time slot. Shubh Vivah is going to replace popular television serial Mulgi Jhali Ho which will soon bid farewell to the audience.

Shubh Vivah is a story which revolves around two step-sisters among whom the younger one, Poornima, forces her elder sister, Bhoomi, to get married in the same house where she wishes to marry. It was after the marriage that Bhoomi realizes his husband suffers from autism and behaves childish.

Yashoman Apte is a famous Marathi actor who got popularity for appearing as Manas in daily soap opera Phulpakhru along with Trushna Chandrate. He is now working as Akash in Shubh Vivah.

Madhura Deshpande is an Indian actress who has primarily worked in Marathi television industry. She is popularly known for essaying the role of Gayatri Sadashiv Kirtane in Marathi drama serial Ase He Kanyadan which deals with a father-daughter relationship. In Shubh Vivah, she is portraying the character of Bhoomi who sacrifices a lot and face the challenges of life with a smile.

Kunjika Kalwint is an Indian Marathi actress popularly known for appearing as Sayali in horror drama serial Ti Parat Aaliye aired on Zee Marathi. In Shubh Vivah she is essaying the role of step-sister, Poornima.

Vishakha Subhedar is an Indian veteran actress who got popularity for appearing in several fun roles in various serials like Fu Bai Fu, Comedychi Bullet Train and many more.

Abhijeet Shwetchandra is an actor who made his debut in the entertainment industry with movie Chaphekar Brothers in the year 2016.