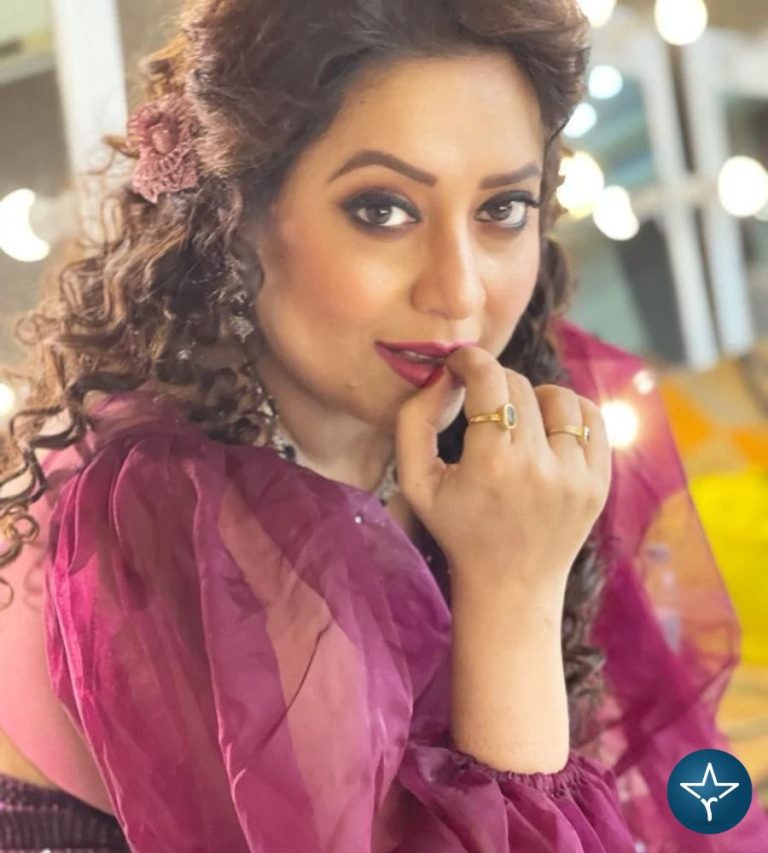 Kanchanaa Moitra is an Indian Bengali film actress and politician. She was first appeared in 2008 Bengali film Sedin Dujone but got popularity for her role Nandita Bagchi in the 2011 movie Bye Bye Bangkok. She has appeared in several television series such as Jamuna Dhaki, Madhabilata and Khukumoni Home Delivery.

Kanchanaa Moitra was born on 27 August 1980 in West Bengal. She is a senior Bengali actress and got popularity for portraying negative roles on screen.

She is married but she tends to keep her married life personal.

She then appeared in 8:08 Er Bongaon Local, a Bengali social drama film directed by Debaditya Bandyopadhyay and produced by Torun Raut. The story revolves around a common man Ananta Das who is a daily passenger of 8:08 A.M Bongaon Local to Sealdah for his office job. He realises in his regular journey towards Kolkata that people have stopped protesting against any form of injustice due to fear or depression.

Moitra was appeared as Rumki in Accident is a 2012 Bengali film directed by Nandita Roy and Shiboprosad Mukherjee. Arko, an aspiring bowler, wants to pursue his career in cricket. However, a torn ligament puts an end to his dreams. He tries his luck in various other jobs, but all in vain. Then, suddenly, life starts looking up after the birth of his son, Babai.

She then appeared as Subhra Ghosh in a 2015 Byomkesh Bakshi mystery film based on the novel of same name by Sharadindu Bandyopadhyay. Moitra was also appeared as Ragini in Jamuna Dhaki premiered on Zee Bangla featuring Indrakshi Dey, Ananya Biswas and Chandni Saha.

Hi, Please comment below for update and correction about Kanchanaa Moitra.